The Parkway Entertainment Company, which currently has multiplex cinemas in Cleethorpes, Louth Beverley and Barnsley has announced today that it has taken on the space at Grimsby, being built as part of the Council’s “Future High Streets Fund” Scheme.

Parkway Entertainment Company Ltd is a family business, started in the 1980s by Gerald and Denise Parkes. It is still very much a family-business with their sons, Gerrard and Richard now leading the company alongside a dedicated team.

“We’re really excited to be part of this, and it’s a brilliant opportunity for us, as a local operator, to secure the space in Grimsby.

“We’ve been in talks with the Council for around 18 months now, bringing this project to life. For us, we’ve long had conversations and options to try and bring a cinema to Grimsby, and Freshney Place has always been exactly the right place to do it.

“We are finalising the details and layout of the multi-screen cinema and how it will work in the space with the Council. We look forward to being part of real change to the heart of the town,” continued Richard.

“Our cinema has been part of the fabric of Cleethorpes for nearly 20 years now, bringing not only the big blockbusters and more adventurous films, but also a great space for parties, live shows and conferences too.

“We’re a family business, founded by my mum and dad, and now run by my brother and me along with an amazing team who’ve been with us from the start. I’m looking forward to bringing that same, locally-led ethos to Grimsby. We want to be a community venue. A living, breathing presence in the centre of town that’s open to and accessible to everyone.”

The planned cinema is part of the multi-million pound Future High Streets Fund Scheme, which will also see the redevelopment of Top Town Market, and additional leisure and retail outlets created near Grimsby’s Bullring. The space has been let at true market value, and will see Parkway take over more than 18,500 square ft of the new development.

The overall aim of the project is to provide a new space for people to enjoy the town centre’s day and evening economy.

The scheme will be delivered through the removal of some of the 1960s and 1970s buildings and retail space at the western end of Freshney Place.

“I’m really pleased to have the Parkway family take the option on this cinema space – to have a local family-business believe in plans and want to expand into Grimsby is great news, and I look forward to working with them through the rest of the scheme.” 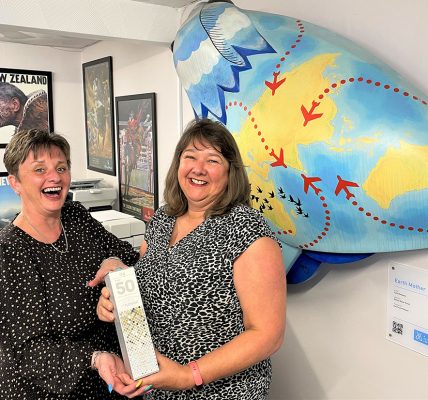