An apprentice engineer turned roofer has opened the door to a new career as he works to meet rising demand for houses in his home village.

Paul Fox built his own home in Armthorpe, Doncaster, and has now completed his first development of four new houses just 10 months after starting the project.

Peter Rothery of sales agents Barnsdales Living said the project in Chestnut Avenue is an example of how small-scale ventures can keep the housing market moving when larger sites become tied up by planning wrangles.

In less than the time it takes to get planning permission for some of the larger sites, such as those being proposed for the edge of Armthorpe, Paul has bought the land, built four houses and turfed the lawns.

He’s done all of that to a very high standard with fitted bathrooms, a fridge freezer, oven and hob and dishwasher in a kitchen which has a very nice tiled floor. All you need to move in is a bed, sofa and curtains!

Paul is hoping to sell the semi-detached, four-bedroom properties as soon as possible and then move on to the next stage of a house-building career which came from watching carefully how other people do the job.

After deciding against a future in engineering, Paul became a self-employed roofer and worked mainly on residential projects such as repairs and extensions. He began working on new developments last year and launched Paul Fox Developments Ltd to drive his own projects.

I’d been working on new developments and I decided it was time to do something myself. It’s something I’ve always wanted to get into.

Paul scoured the Doncaster area for suitable sites and bought the one in Chestnut Avenue, close to the village centre, in the last week of May 2017. All four houses were built at the same time, enabling better cost management with such essentials as scaffolding and a crane. By early March, the only remaining jobs were snagging and selling.

I built my own home in the village five years ago and I knew the people I wanted to help me build these.

It’s Paul’s first project and it’s spot-on. Often you will see people make a lot of mistakes with their first one but because of his experience, knowledge and determination he’s kept costs to a minimum without sacrificing standards.

There has been a low level of new instructions so far this year and the result is that stock levels are low, but demand is strong for good properties and we expect to see high interest in these, particularly as they qualify for the Government’s Help to Buy scheme.

There is a shortage of development land and that is encouraging more of these niche developments by independent developers because the bigger projects take longer and can be much more complicated.

We are working on other small sites and some bigger projects and this one is particularly interesting because it is very good quality and has been delivered very quickly. 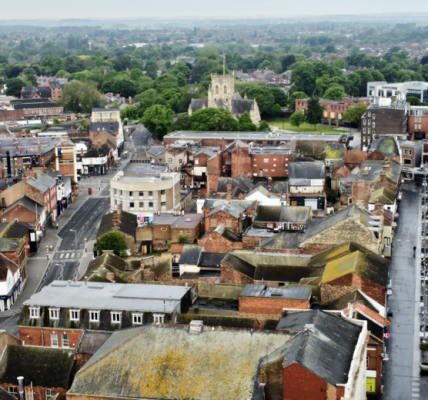