Garness Jones chartered surveyors are reporting growing confidence in the Humber commercial property market after concluding two investment deals which were worth a total of more than £3 million and which have triggered further activity in the region.

The firm secured more than £2 million for its client with the sale of a modern business park investment. It also sealed a deal worth nearly £1 million in Grimsby town centre for 43–45 Victoria Street, where tenants include TSB and Boots opticians.

The sale of Westside Business Park by Allenby Commercial (Construction) Limited comes 15 years after the company bought the site and provided industrial units ranging from 2,500 square feet to 7,000 square feet with a range of local and regional companies as tenants.

The sale to a private, Lincolnshire-based investor was concluded off-market and achieved a yield of 7.74 per cent. Allenby Commercial is now exploring other opportunities in the area including the £2.5 million expansion of The Trade Yard, a Scunthorpe site which was built following the company’s disposal of the nearby Parkway Business Park.

Andy Hayton, Scunthorpe-born Associate Director at Allenby Commercial, said: “We, bought Westside Business Park in 2002 with the vision of attracting inward investment into the central business district of Grimsby.

“We have successfully developed the site, attracting big businesses and providing high quality space for local business to thrive, and we have now decided it is the right time to move on and seek new opportunities in the area.”

Allenby Commercial is based in Hull and specialises in commercial property from high-end offices to large industrial warehouses. Last year the company launched phase one of The Trade Yard, which attracted national operator Toolstation to the area. It is currently fielding interest in a second, Grade A unit of 5,000 square feet whilst planning to offer larger accommodation as part of phase two.

Andy said: “The new site will represent an investment of more than £2.5 million and will provide from 2,500 to 30,000 square feet of high quality business space. As a local lad it’s great to be investing in an area that we see as a growth market with heaps of opportunity.

“The success of British Steel is fantastic news and Scunthorpe generally is a tried and tested market that has shown great resilience and given confidence to those national operators. There are some great news stories surrounding the Humber and we are delighted to be part of that.”

The Victoria Street property was sold by Garness Jones on behalf of a London-based company to an investor who was attracted by the prime pedestrian retail location and the high quality covenants of TSB and Boots, who both agreed 10-year leases during the last two years. The price of £950,000 provided a net yield of 7.31 per cent.

Dave Garness, Managing Director of Garness Jones, said: “We have been increasingly busy recently with the sale of investments, some of which have been quite substantial, and we are currently working on other instructions.

“Each of these transactions demonstrated rising confidence in the Grimsby area and in the wider Humber region in two very different business sectors. They both achieved their asking price and provided a strong net yield.” 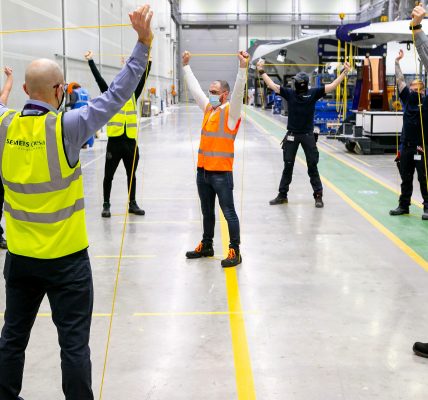