Offshore Painting Services has appointed renewables expert Chris Holden as general manager to its operational base in Grimsby.

Mr Holden is set on further developing the business which provides painting and blade technicians for major wind farm developments in the UK, Europe and beyond.

said Mr Holden, who is a director of Grimsby Renewables Partnership.

The company employs 12 office staff supporting 60 hands-on workers and is currently engaged on the Gwynt y Mor and Burbo Bank wind farms off the west coast and on pre-assembly for Dudgeon and Race Bank farms in the North Sea. It also has a framework contract with MHI Vestas for Humber Gateway wind farm.

At its Liverpool HQ the company has recently invested in building a bespoke training centre. Already providing both GWO and ICats packages the investment is set to continue with a sea survival pool.

David Jones, managing director, said the move to a site on the Port of Grimsby East was proving its worth.

We looked to the east coast because of the growth potential and Grimsby made sense because it is emerging as an operations and maintenance hub for the North Sea offshore wind farms.

Chris’s appointment underlines our commitment to the area. He buys into what we are about and what we want to do.

Mr Holden added that Offshore Painting Services’ growth was due to its responsiveness to client needs and focus on the highest standards of training and quality control.

The company started out in Bootle, near Liverpool, in 2010 after David Jones’s industrial painter brother, Paul Jones, spotted the business opportunity when working on wind turbine components at Mostyn Docks, North Wales.

Mr Holden was previously centre manager for AIS Training and, before that, offshore operations manager at RES Group. 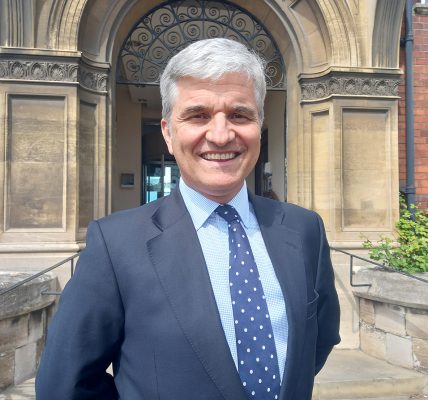 HETA open days pave the way to careers in engineering

Neill & Brown bidding to go top of the family tree