Business and local authority leaders in Greater Lincolnshire are being invited to bid for funds from a £1.8 billion pot to boost growth in the area.

The Communities Secretary Greg Clark MP announced yesterday (Tuesday) the third round of Growth Deals and asked England’s 39 Local Enterprise Partnerships to apply for a share of £1.8 billion to support projects in their areas that boost local economic growth and create jobs.

The money forms part of the Government’s £12 billion Local Growth Fund, £7.7 billion of which has already been allocated to more than 900 projects across England to build vital infrastructure, improve skills and create thousands of jobs.

The Greater Lincolnshire LEP signed its first Growth Deal in October 2014 and secured another deal in January 2015. Total growth-related funds linked to 17 major projects now add up to £146.2 million.

Local Enterprise Partnerships have until the summer to apply for a share of Local Growth Funding. The process is highly competitive and requires LEPs to work with partners to agree viable and ready-to-go strategic projects, putting forward proposals that boost growth and bring in private sector funding.

The successful schemes already under way which have benefited from Growth Deal funding include the Grantham Southern Relief Road, Bishop Burton’s Riseholme College Showground Campus near Lincoln, the Boole Technology Centre on the Lincoln Science and Innovation Park, Boston Quadrant, Skegness Countryside Business Park, Lincolnshire Lakes in Scunthorpe and the Agri-Food Centre of Excellence in Holbeach.

Greater Lincolnshire has done very well out of the first two Growth Deals and the money we have secured from central Government is making a tangible difference, kick-starting major infrastructure projects that will give a boost to our economic performance.

We warmly welcome this latest announcement of funding and I’m glad to say that we are already well placed to make the most of the opportunity: we have been working hard to bring forward a pipeline of strategic projects which will help us to deliver sustainable growth.

We’re completely changing the way business is done in this country, ending the top-down, ‘Whitehall knows best’ mentality of the past and putting power back where it belongs – in the hands of local communities.

With this offer of a Growth Deal to communities across the country, we’re backing this devolution revolution with billions of pounds, releasing vital investment in projects across the country to boost local skills, deliver new homes and create jobs. 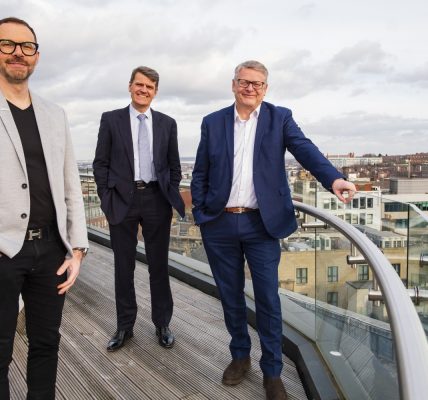