We send out our lovely email newsletter with useful tips and techniques, recent articles and upcoming events. Thousands of readers have signed up already.
Skip to content
Construction & Development

Sunday trading set to benefit economy to the tune of £1.5 billion

The £1.5 billion figure could be even higher, depending on the decisions made by local authorities once the powers have been devolved.

The saving from being able to increase the use of existing large stores is expected to benefit consumers as a result of competitive pressure. This would be equivalent to around £29 per household, in areas that fully take advantage of extended Sunday trading hours.

This is part of a package of Government measures to devolve Sunday trading laws to Local Authorities allowing councils to ‘zone’ any relaxation so they will be able to prioritise high streets and city centres.

The measures also include greater freedoms for shop workers in England, Scotland and Wales to ‘opt-out’ of working Sundays if they choose to, for example because they object on religious grounds or for family reasons.

Shop workers will now be able to give just one month’s notice to large shops that they no longer want to work Sundays, down from the previous three months, and will have a new right to opt out of working additional hours. The Government will also strengthen the duty on employers to notify employees of their rights about working on Sundays.

Current Sunday trading rules are badly out of date and haven’t kept up with how we live our lives.

This report shows how handing Sunday trading decision-making back to local people has clear benefits – both for shoppers, giving them the flexibility to shop when and where they want, and for businesses, boosting their potential for increased sales.

That’s why we want to change the rules, so families can shop for longer, town centre stores can compete with the online giants, and more jobs are created for working people.

It should be up to councils to decide what is right for their communities. They know their businesses large and small and their residents.

Shop workers will get more protections under our plans for those that do not want to work Sundays and if people want to work longer, they will have that flexibility.

Twenty years ago, when the current Sunday trading laws were established, few people used the internet and town centre shops had no competition from online retailers. However in 2015, online sales continued to grow with a 15 per cent increase.

The plans are widely supported by councils, leading retailers, and business leaders. Reviving the nation’s high streets is a key part of the Government’s long-term economic plan. 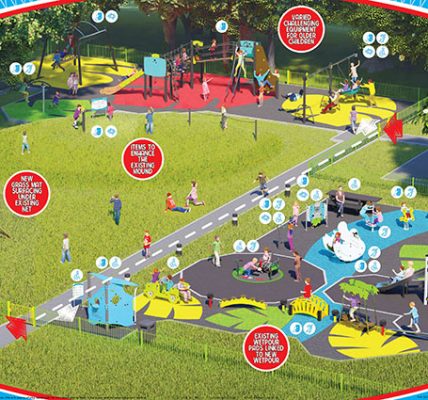 Hessle play areas to be given £288,000 redevelopment